Profitable Association Inc. was contracted with at the early stage of planning to carry out one-on-one interviews with key association leaders to gain insights into the value of a new member program.

PAI was instrumental in the development, launch and on-going growth of the program.

The research indicated that in the association market 80% of associations are under 10,000 members. In addition, there were few meaningful member benefits for these smaller and medium sized associations (beyond discount offerings).

The concept was one that focused on providing a buying program for businesses and a shopping reward program for consumers. The strategy was based on the idea that people group themselves based on what the do for a living, our careers defining our affinity group.

ACI was also created on the premise that it could bring value to both members of associations — as well as its sponsors — year-round instead of just during their annual conferences by staying relevant in the members’ daily business and personal life. 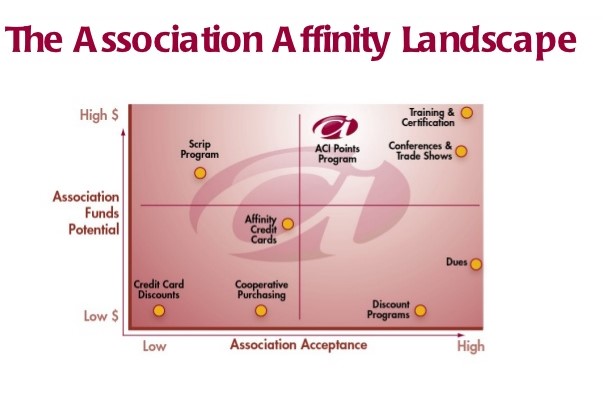 ACI was launched once the research was completed and the business plan approved by the investor.

PAI led the selling of ACI to associations through an aggressive marketing program, along with helping develop the affinity offering. Within 3 months of launch, ACI’s full-time team was hired and going strong building out its technology platform, communications program to association members, and marketing campaigns. 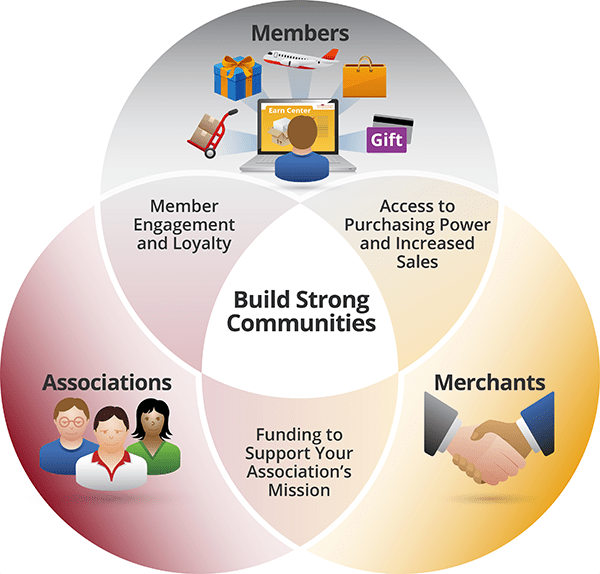 The Results
Within three months of launching ACI, 30 associations were signed up and active — and within a year, more than 150 associations were in place and enjoying the benefits.
During year two, ACI hit its five-year target of 300+ active associations, with 2.8 million members buying $1.5 million a week through the program.
In addition, ACI’s co-branded Visa Credit Card had 49,000 active card holders. The merchant sponsors included online and brick-and-mortar companies, with more than 2,500 brands represented. ACI also became a sponsor partner with ASAE, and had strategic relationships with its association tech and benefit providers. 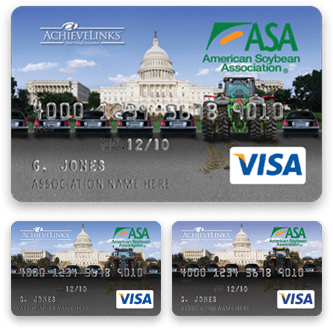 2012 Network for Good “We Did Good” Award Winner

“We looked at different affinity programs to diversify our revenue stream and chose AchieveLinks because it’s a member benefit that enhances loyalty, provides great rewards, and financially supports our association.”

“This is one of those programs that will deliver true member value, helping associations retain and recruit members.”

“The ACI team accomplished everything I had hoped they would. I was very positive and pleased with the effort and results from the team. “

Schedule a Free consultation
Scroll Up